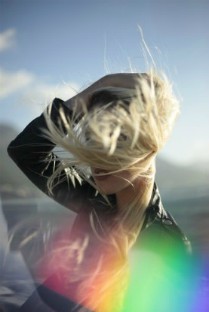 2018 has several retrograde periods: three of Mercury, one of Mars and one of Venus. (See other Astrobooth articles in the Blog). They make it a complicated period for beginnings and better suited for re-vision, re-peating and re-fining of projects already initiated, including relationships and ideas. Make sure to read the article “Retrograde Mars and Compatibility in Horoscopes“ on the Astrobooth Blog for further detail.

For Aquarius, this was previously a period of revision in terms of self-care and in all things relating to the physical body, health, image and presentation, as well as profession. Now, in the period 13-27th of August, this will be the case for Capricorn. In particular, Capricorns will now reevaluate what happened and started in the period March 8th-May 16th this year. Once they do, their decisions will be final for the direction they’re headed in, and the goals they aspire to in the mentioned fields.

Power and competition in relationships and job when Mars is retrograde

Power and aggression in this period of retrograde Mars are seriously diminished, “muted”, and suppressed. The same applies for competitiveness and rivalry during Mars retrograde. This is a time when we reconsider our relationships, but are somehow unable to initiate something new, and because of that, it is not advisable to start new ones. Instead of getting into quarrels or conflict, we sometimes feel our discontent as depression, diminished self worth, and doubt in our own vigor. This is especially true for Aries and Scorpio. Our work will also be under review, as we redefine its meaning for us. We have to move slowly, not to take side and not make any decision in these spheres, for after the period ends, we will have a totally new vision.

Until we rebuild the true connection with our deepest desires and intentions, it is better not to start anything important, as it will soon change completely when this period of retrograde Mars is finished.

What was most frustrating while Mars was retrograde in Aquarius was that things were not going our way. As true Aquarians, we were stubborn and did not give up from our position – being it an idea, opinion, decision. Our friendships were re-examined, re-visited and re-considered. We witnessed far too many things where we were trapped and often times wrong or out of place, be it because they proved untrue or not what they were appeared. We also had much of our friends and friendships put under question for things we previously took as a given. The same happened to our ideals and beliefs. The idealized relationship lost its halo. 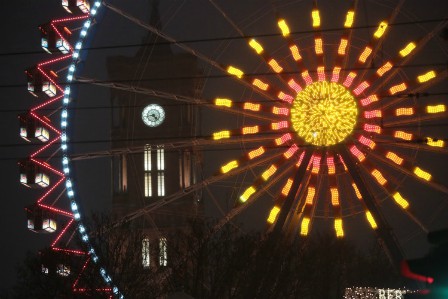 One of the prime characteristics for the period of Mars retrograde is passive aggressiveness, often symbolized through Aquarius and Capricorn. In Capricorn, we are even more keen on getting what we want. And now it could turn out it is not what we wanted. We might discover traits and qualities at the end of this period that were neither valid, nor fully thought through. Anger will mislead us, we will easily argue, and angrily defend our positions. It will be better to step aside and wait. There are problems under the surface that manifest themselves as anger, aggression, conflict, precisely because they are suppressed. We should do our best to look inward, not outward, in order to deal with and understand our problems. Only then should we act. We could possibly fall back to old dynamics, structures in our life or career. And after we review them and reevaluate them in a new way, we will be rid of the rage and path ahead in a new way alongside  our changed goals. (Even if the goals are the same, it will be loaded with newfound things for us).

During Mars retrograde, we have to re-evaluate these spheres of our lives, as we also see these in a global scope in news. (It’s not hard to see this reflected in recent news about big social network stock prices falling and economic actions that are deemed “economic war” between countries, etc.). What’s important here is, the circumstances will force us to take stock. If we dare to engage in a conflict that’s instigated by us, we will fail. Our frustrations will affect our friendships, our job, and life aspirations. We will hesitate, distrust, have fears, and will have difficulty moving forward with our plans.

The best thing to do is to reflect on these past subjects again. This helps us see old problems in a new light. Inevitable, past anger and demons will resurface in the process. We should be weary here. Because retrograde Mars is in force, this will provoke us to act based on this reevaluation. The best thing to do is wait it out for Mars to pass before we take action. It’s inevitable one or two relationships will fall out in this time, particularly if they were founded on false idealism.

Health and energy during Mars retrograde

Mars rules physical energy, strength and sexual drive. During a period of retrograde motion, all these are suppressed, faded, and diminished. This is valid also for our neurological system, bones, joints, ankles and skin. Accidents are more probable and usually are out of the blue. In sex, we become more indirect and shy. The power of our desires, anger and discontent are somehow muted and we could suffer from low spirits, fear and shame. Our energy is scattered.

We mostly have to avoid starting new things. (Also because a big part of the period coincides with Mercury retrograde). If we have to conquer a new field – now is not the moment! But we could refine and work on old projects and relationships. One could re-examine them, knowing that after the period we will be completely finished. This revision and repetition will take a lot of energy and effort, but will prove to be efficient and the results will hold us in good stead for the future.

It will be difficult for us to see the true motives of others. Hesitation and reconsideration will weaken our actions. Our sexual drive, even if stronger, will have difficulty in being expressed spontaneously and manifest as normal.

After this period of revision from now till the 27th of August in these areas of life mentioned previously, we will be equipped with a new vision, new assessments and new plans.

Power and competition in relationships and job when Mars is retrograde

Health and energy during Mars retrograde

Find out more about your personal compatibility forecast on Astrobooth website and app!